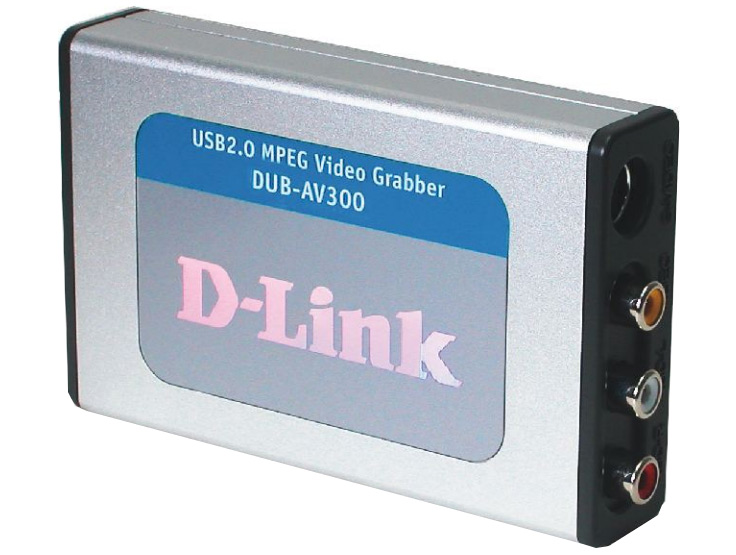 High-Speed Digital Capture
Where to buy

High-Speed Connection to PC
The DUB-AV300 uses built-in hardware MPEG1/2/4 encoder/decoder IC capable of processing video steam data, providing very high-speed analog-to-digital conversion from your analog camera/camcorder/VCR Interface with your PC is through a high-speed USB 2.0 port. This USB port can also connect to a downstream USB hub, if your PC is connected to such a device. To your VHS camcorders and VCRs, the DUB-AV300 provides an S-jack and RCA audio/video input, allowing your PC's USB bus to take audio/video streams from your analog device.

Video Recording and Frame Capture
Once connecting your camera/VCR to your PC, you can begin making digital video from traditional analog video stream immediately. The DUB-A V300's bundled software allows you to record digital video directly to a PC's hard drive, record digital video for attachment to an e-mail, capture still frames, and set up motion-sensing video recording.

Format Conversion, Video Editing and DVD Burner
With the user-friendly program DVD Plus included, you can easily transfer the captured bit stream into other standard formats as your wish, such as A VI, MPEG4, VCD, DVD and so on. Video editing software for family movies is bundled with this device to allow you to edit and save digital video on your PC's hard disk or CD. You can attach the recorded digital video to your e-mail, capture still frames and set up motion-sensing video recording.