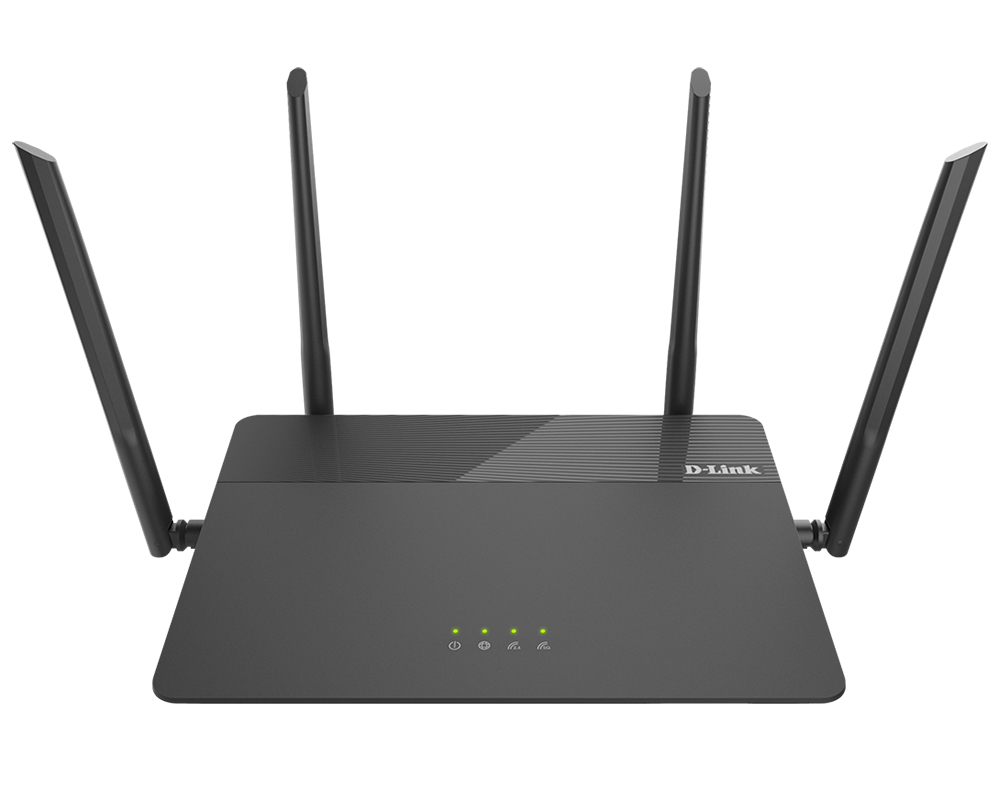 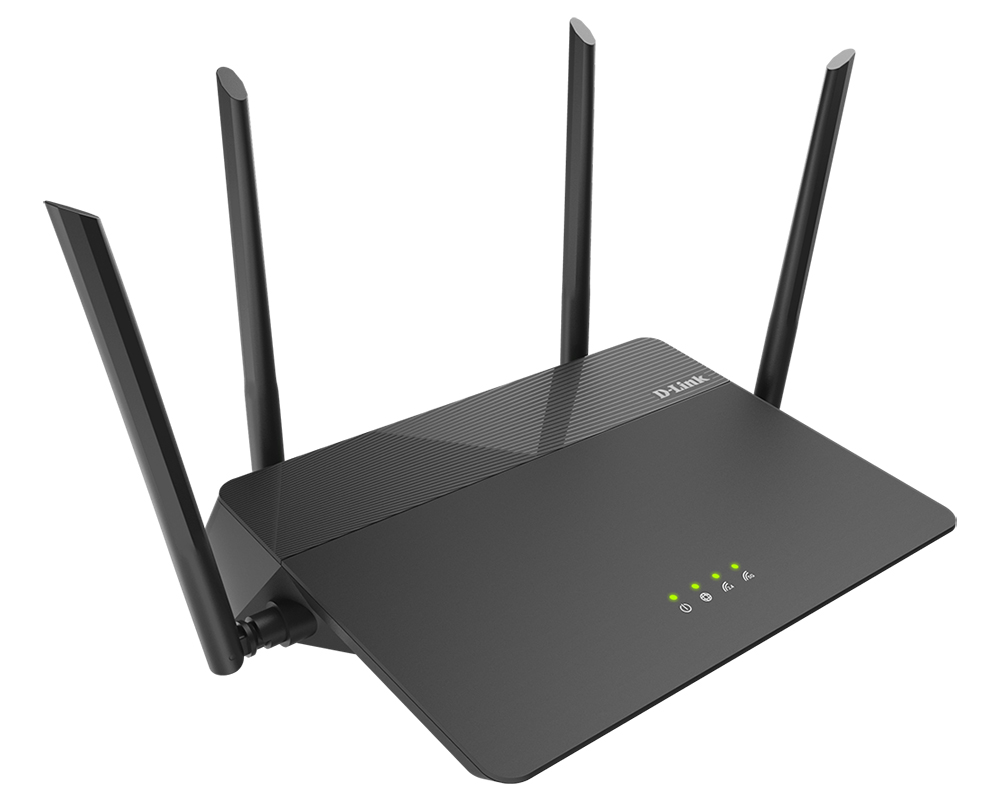 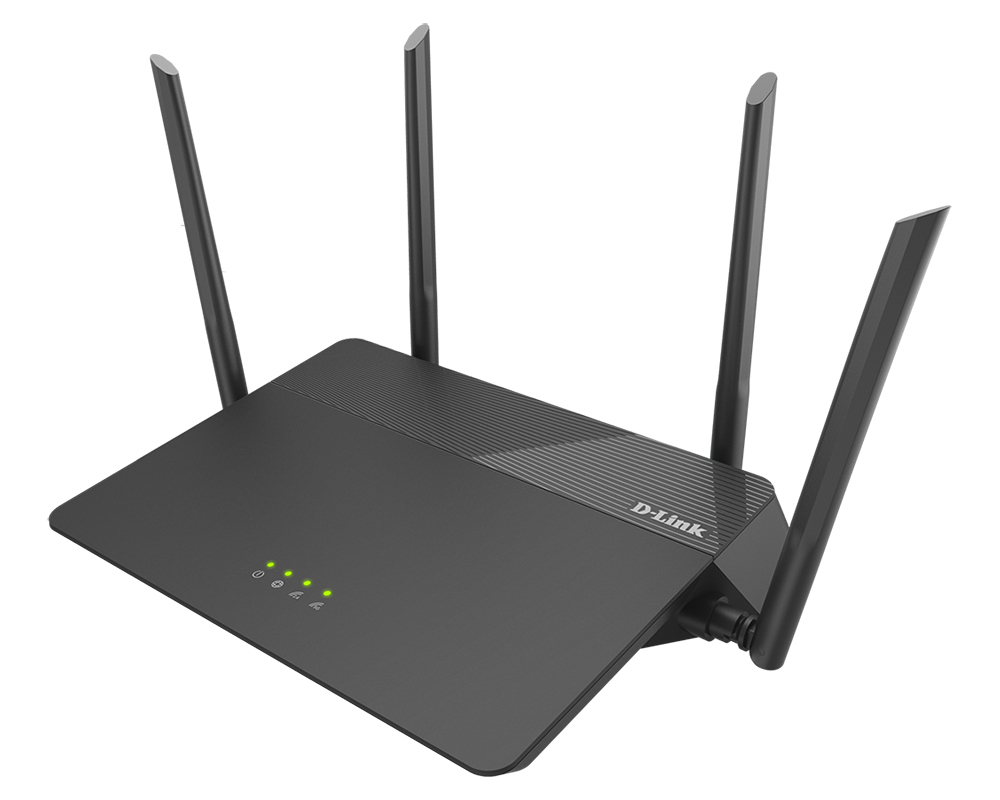 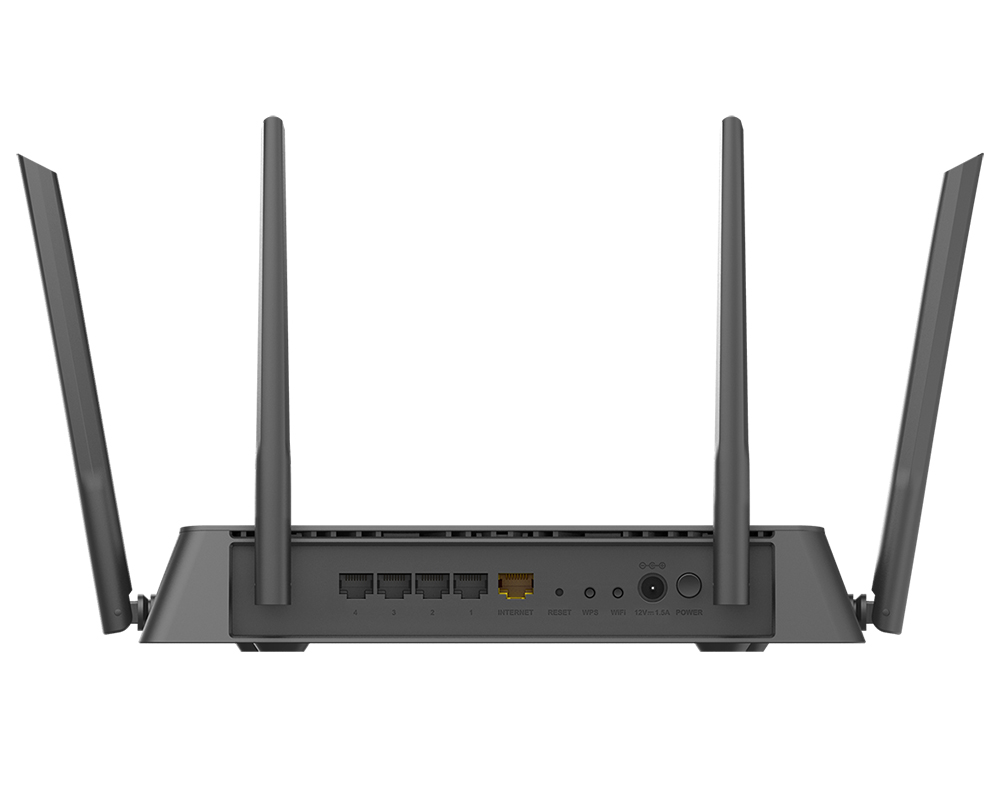 LAN/WAN2 Conversion, WAN Failover
You can use any Ethernet port of the router as LAN or WAN port. The new-generation firmware supports assigning several WAN ports, for example, in order to configure the primary and backup WAN connection of different ISPs.
Wireless Interface
Using the DIR-878 device, you are able to quickly create a high-speed wireless network at home or in your office, which lets computers and mobile devices access the Internet virtually anywhere (within the operational range of your wireless network). Simultaneous activity of 2.4GHz band and 5GHz band allows performing a wide range of tasks. The router can operate as a base station for connecting wireless devices of the standards 802.11a, 802.11b, 802.11g, 802.11n, and 802.11ac (at the wireless connection rate up to 1900Mbps1 ).
Secure Wireless Connection
The router supports multiple functions for the wireless interface: several security standards (WEP, WPA/WPA2), MAC address filtering, WPS, WMM.
In addition, the device is equipped with a button for switching the Wi-Fi network off/on. If needed, for example, when you leave home, you can easily switch the router’s WLAN by pressing the button, and devices connected to the LAN ports of the router will stay online.
Advanced Capabilities of Wireless Network
The Super MESH2 function is D-Link implementation of Mesh networks designed to quickly connect multiple devices into one transport network, for example, when it's required to provide high-quality Wi-Fi coverage without dead zones in living units of complicated planning or it's needed to create a large temporary Wi-Fi network for an outdoor event.
Multi-user MIMO technology allows to distribute the router's resources to let multiple wireless clients use the Wi-Fi network efficiently, keeping high rates for HD media streaming, lag-free gaming, and fast transfer of large files.
Transmit Beamforming technology allows to flexibly change the antennas' radiation pattern and to redistribute the signal directly to wireless devices connected to the router.
Smart adjustment of Wi-Fi clients is useful for networks based on several D-Link access points or routers – when the smart adjustment function is configured on each of them, a client always connects to the access point (router) with the highest signal level.
Support of guest Wi-Fi network allows you to create a separate wireless network with individual security settings and maximum rate limitation. Devices connected to the guest network will be able to access the Internet, but will be isolated from the devices and resources of the router's LAN.
Security
The wireless router DIR-878 includes a built-in firewall. The advanced security functions minimize threats of hacker attacks, prevent unwanted intrusions to your network, and block access to unwanted websites for users of your LAN.
The SSH2 protocol support provides more secure remote configuration and management of the router due to encryption of all transmitted traffic, including passwords.
In addition, the router supports IPsec and allows to create secure VPN tunnels. Support of the IKEv22 protocol allows to provide simplified message exchange and use asymmetric authentication engine upon configuration of an IPsec tunnel.
Built-in Yandex.DNS service protects against malicious and fraudulent web sites and helps to block access to adult content on children's devices.
Now the schedules are also implemented; they can be applied to MAC filter rules and used to reboot the router at the specified time or every specified time period.2
The router also supports the SkyDNS web content filtering service, which provides more settings and opportunities for safer Internet experience for home users of all ages and for professional activities of corporate users.
Easy configuration and update
You can configure the settings of the wireless router DIR-878 via the user-friendly web-based interface (the interface is available in two languages – in Russian and in English).
The configuration wizard allows you to quickly switch DIR-878 to one of the following modes: router (for connection to a wired or wireless ISP), access point, repeater, or client, and then configure all needed setting for operation in the selected mode in several simple steps.
Also DIR-878 supports configuration and management via mobile application for Android and iPhone smartphones.
You can simply update the firmware: the router itself finds approved firmware on D-Link update server and notifies when ready to install it.
1Up to 600Mbps for 2.4GHz and up to 1300Mbps for 5GHz.
2Only for FW version 4.0.0 (beta).