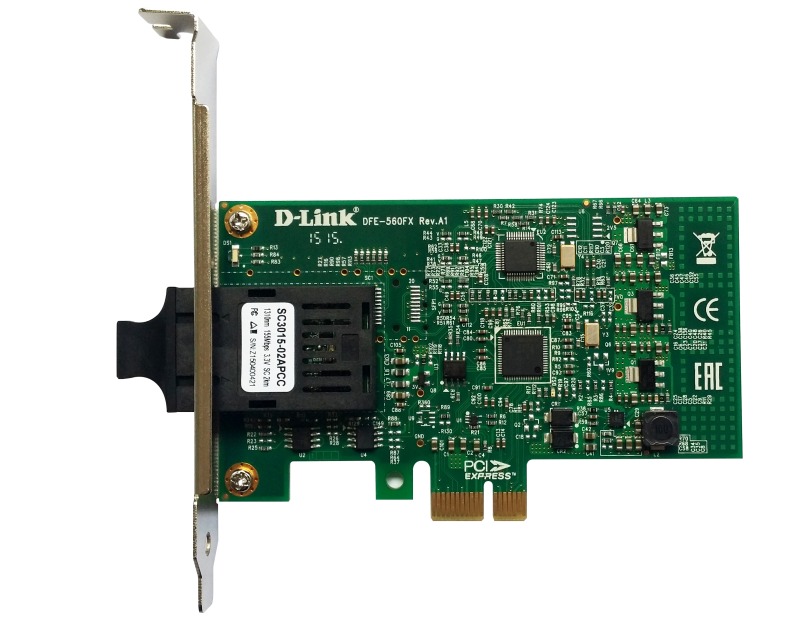 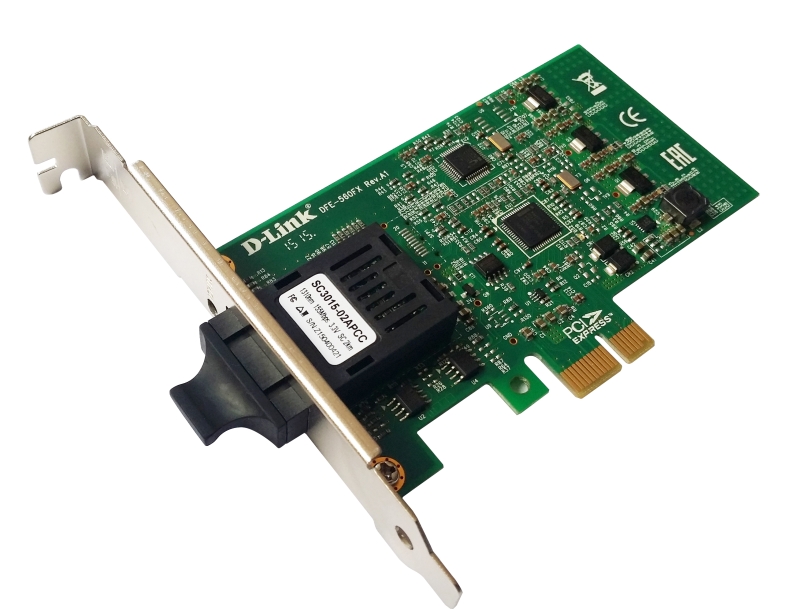 DFE-560FX is a network adapter with SC optical connector, providing seamless connection of computer to a network Fast Ethernet over optical cable. The adapter is designed for PCI Express bus and transmits data at a speed of 200 Mbps in full-duplex mode. Supporting additional features, including priority queues and VLAN, this adapter is an ideal solution for applications demanding bandwidth such as IP telephony and video conferencing. High performance and reliability Adapter DFE-560FX allows you to establish a reliable connection to the computer through an optical communication channel. It can be used to control a power workstation or server from the switch's Fast Ethernet fiber connection. Able to work with transmission speeds of 200 Mbps in full-duplex mode, this adapter well suited for use in environments with high electromagnetic interference, providing a multi-mode optical cable connection to the switch, located at a distance of 2 km from the Bus Master mode PCI Express 1.1 adapter DFE-560FX ensures maximum performance. In Bus Master mode the data is transferred to multimegabyte speed directly between the adapter and the node to bypass the CPU resources which reduces the load on it. Flow control to minimize packet loss DFE-560FX's embedded flow control provides a means to protect data during their transmission over the network. When connected to a Fast Ethernet switch that supports flow control, the adapter during peak loads receives signals from the switch regarding buffer overrun. The card then delays transmission until then, until it receives a signal from the switch that it is ready to receive data. VLAN to improve performance and security The network adapter supports IEEE 802.1 Q VLAN, allowing you to create multiple subnets to each server and isolate devices within each VLAN from the rest of the network to improve security and traffic control. Optional remote boot PXE Boot Network administrators can choose the scheme secure remote boot servers diskless workstations using PXE (Pre-boot Execution Environment) Intel. Workstations installed in the adapter boot ROM can boot an operating system such as Windows, Linux and NetWare that is installed on servers to run applications designated by the administrator.